ALTE Conference: our mission is multilingualism

On 9‒11th November, in Prague's Karolinum, Members of the prestigious Association of Language Testers in Europe ALTE sought answers to the challenges posed by language tests not only in Europe. The conference was co-organized by the Institute for Language and Preparatory Studies of Charles University (ILPS CU) which, since 2009, has been the only full member of the ALTE association in the Czech Republic.


Friday's public part on The less widely spoken languages from the perspective of plurilingualism was opened by Graham Seed, Secretariat Manager of the Association of Language Testers in Europe (ALTE). In his speech, he identified maintaining the diversity of languages in Europe and developing the practice of multilingualism as ALTE's priority. That is, the topic to which the entire Friday programme of the conference was devoted. 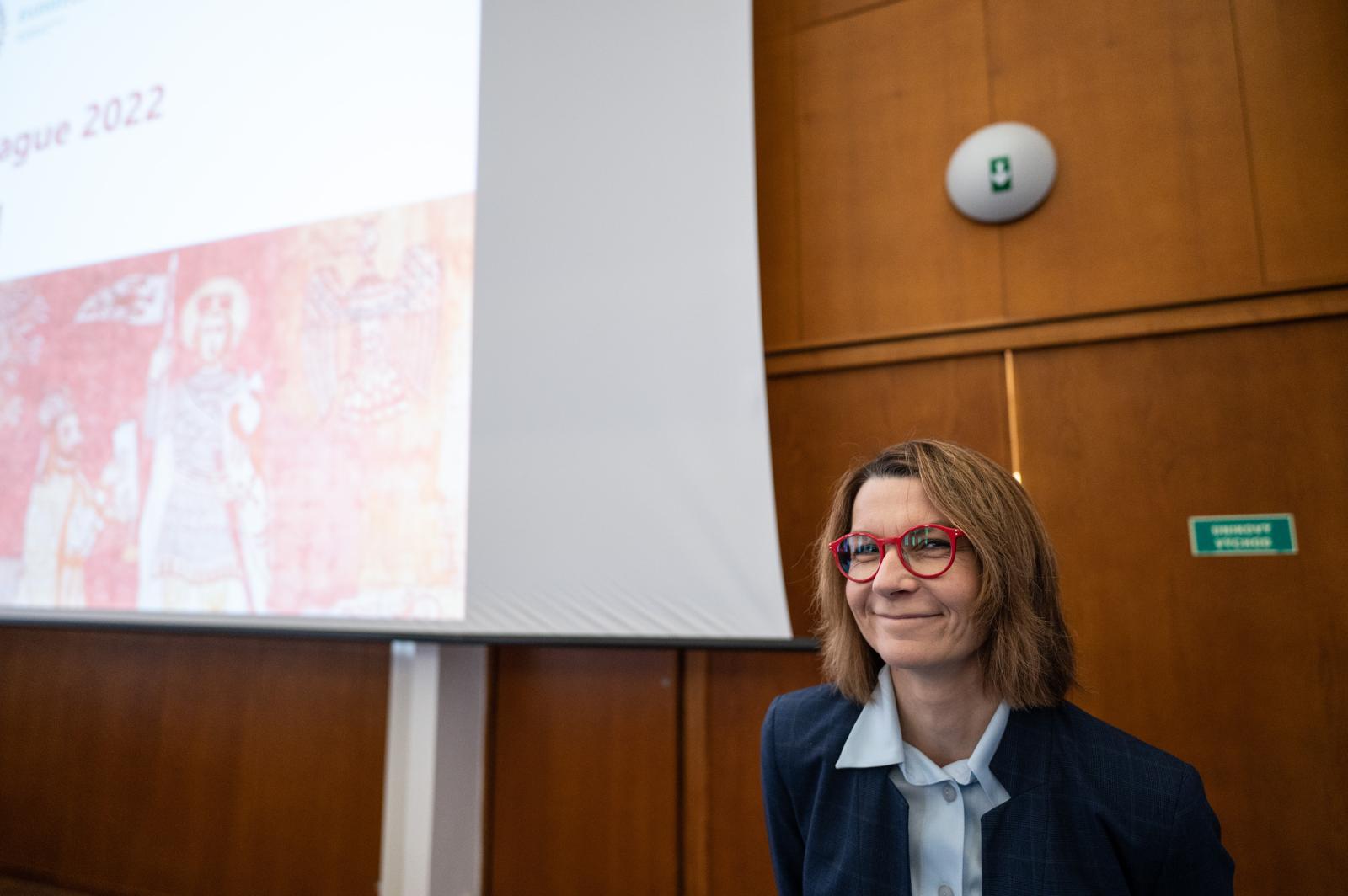 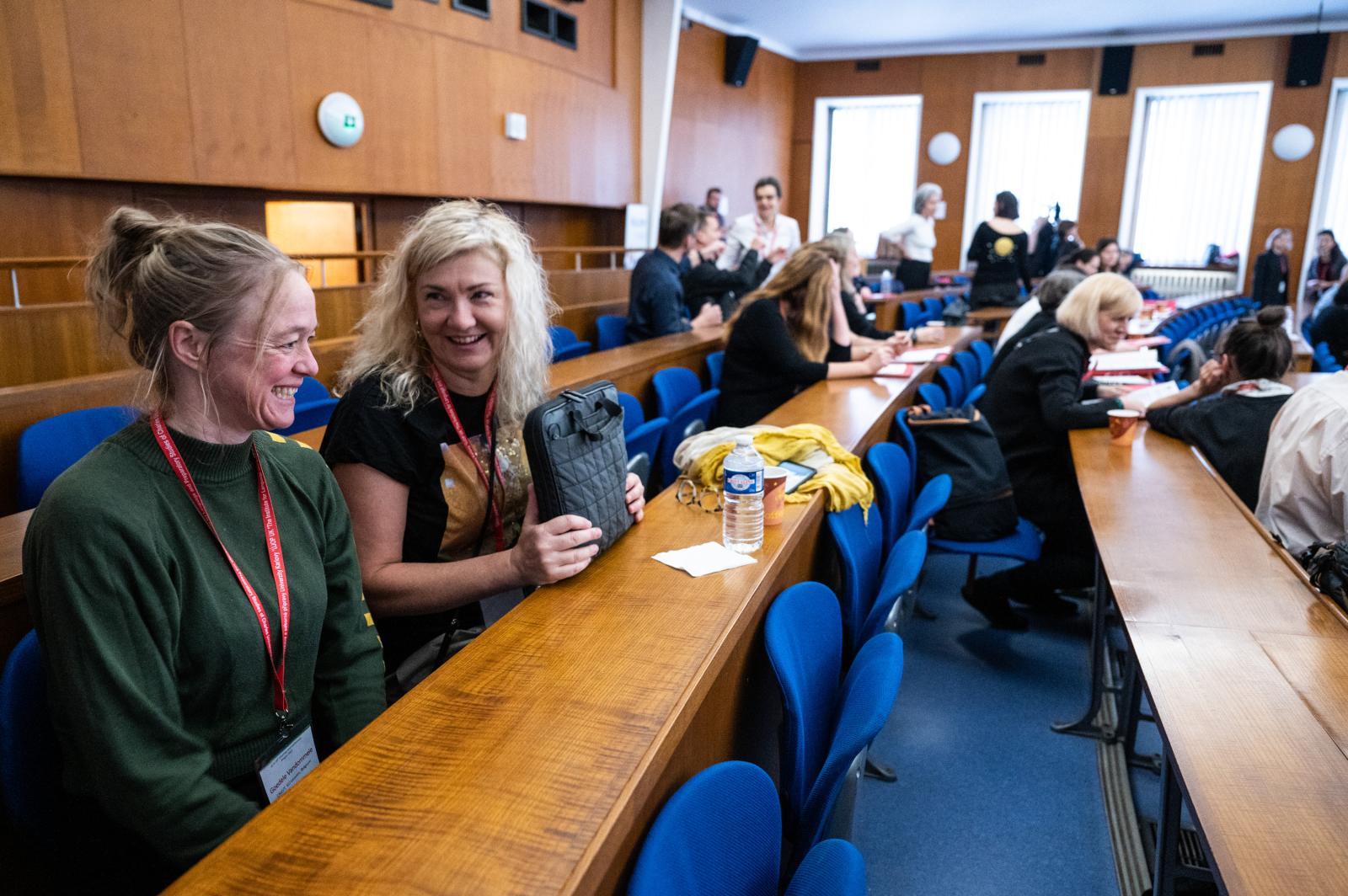 ALTE distinguishes itself from other organizations dealing with language testing in the fact that it focuses on research that is applied to language tests and, from the position of a guest at the Council of Europe, it tries to influence language policy. On the organization's website, according to Seed, it is possible to find documents related to language assessment for migration purposes, the alignment of language education with the Common European Framework of Reference for Languages SERR (CEFR) and principles of good practice.


"We do not like the fact that English is often predominant in research and that even language testing is dominated by English. We represent English, but we also represent a large number of other languages. The core of our mission is multilingualism and quality in language teaching, testing, and evaluation. Our full members go through a rigorous audit process,” said Seed. 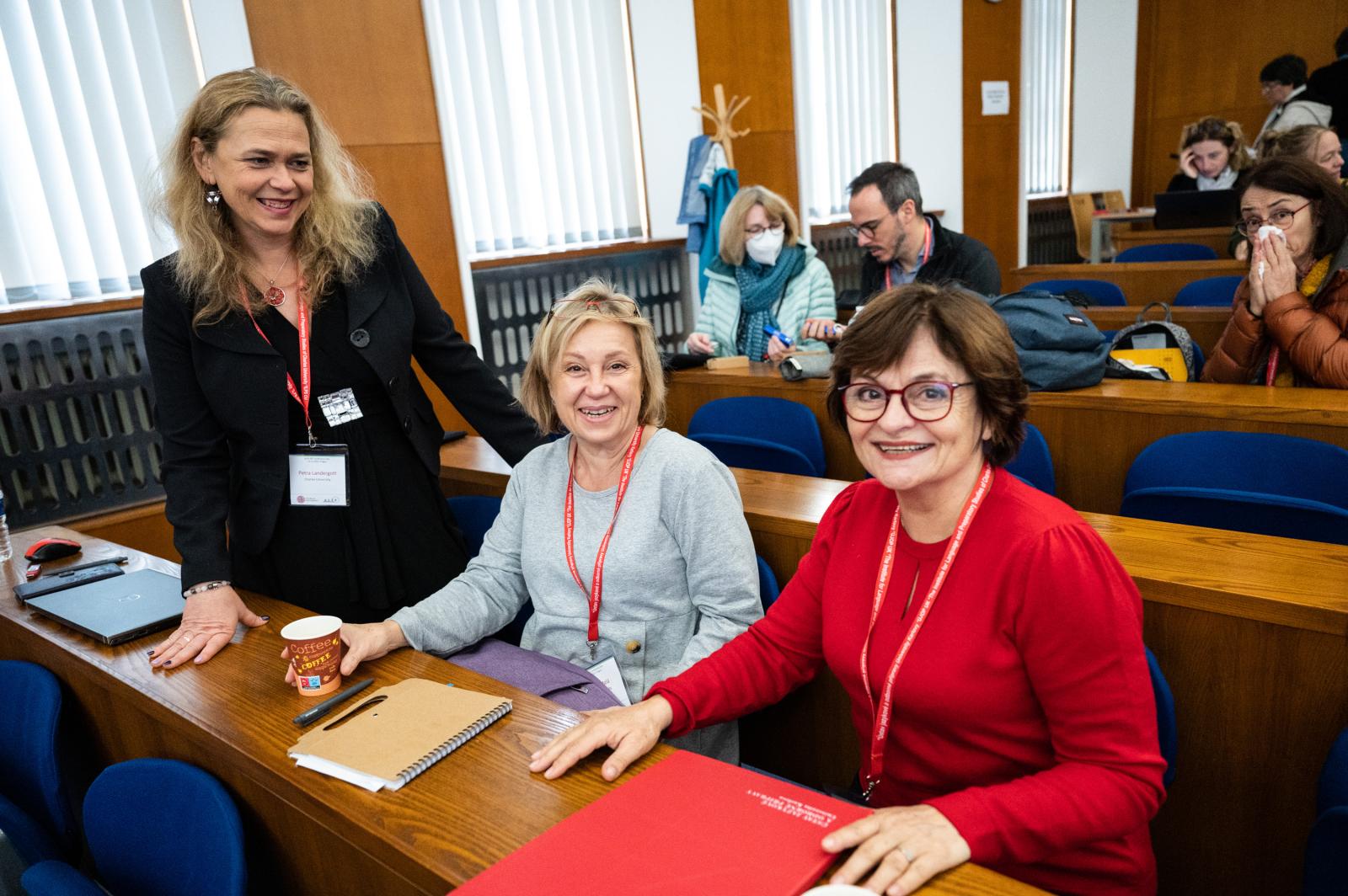 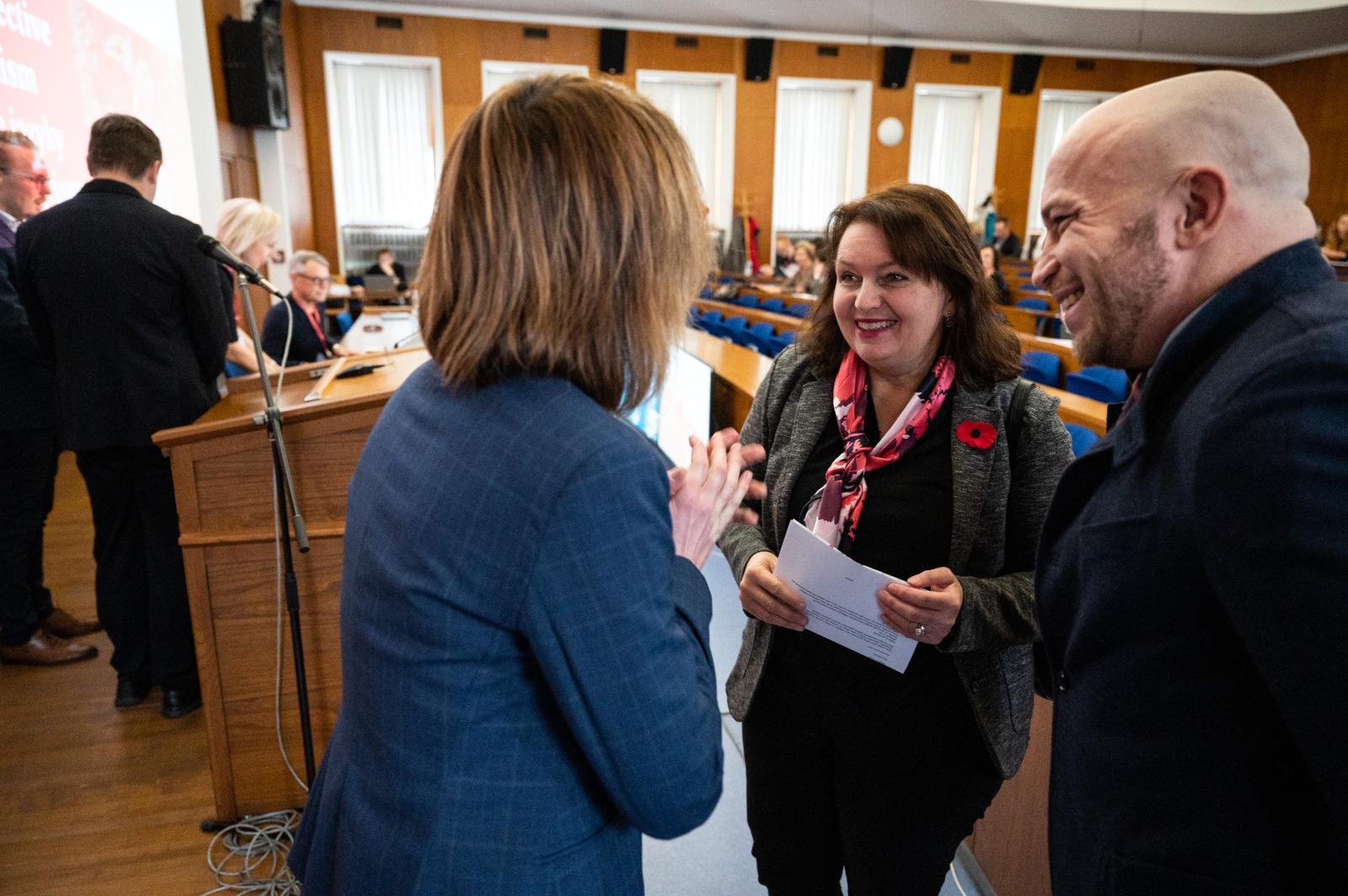 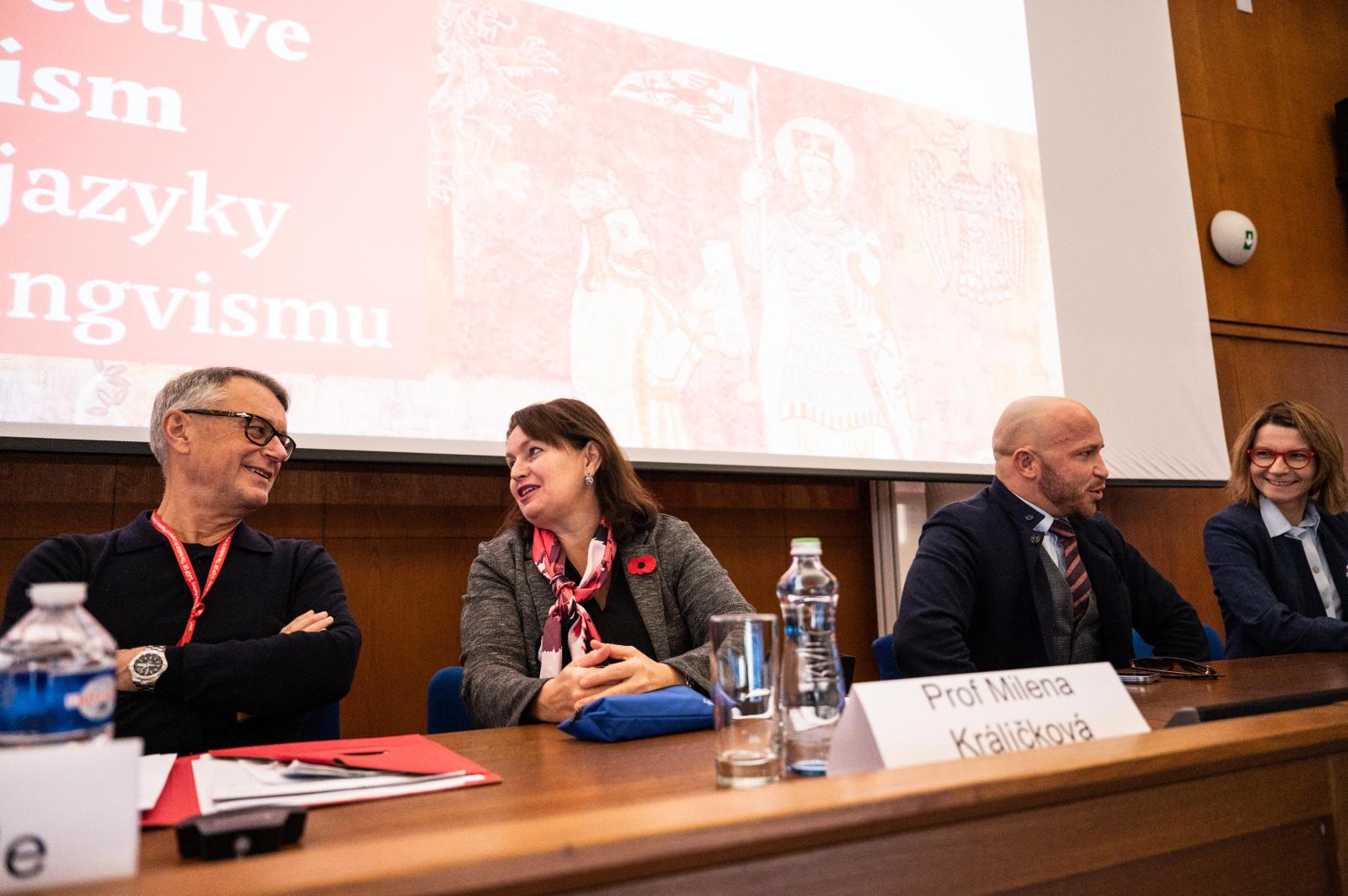 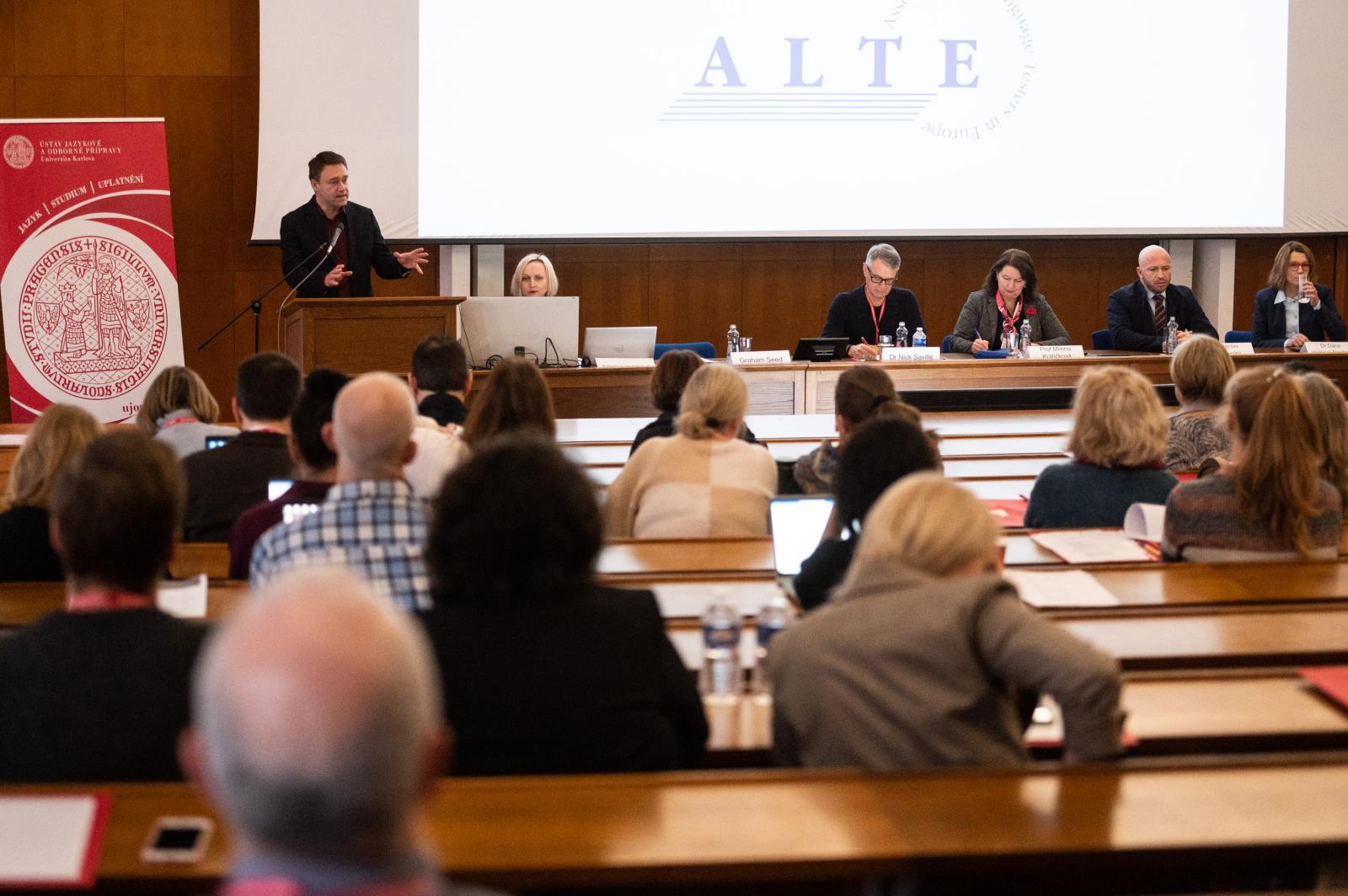 Rector Milena Králíčková also welcomed the guests of the 58th ALTE conference on the grounds of Charles University and emphasized that when the University was founded, the Holy Roman Emperor Charles IV. expected that it would not be a meeting place only for students from the countries of the Czech Crown, but from the beginning it was his intention to attract students from all over Europe to the University.


“It gives me great pleasure that today we are a community of 50,000 students who come from more than 110 countries around the world. And in this context, I would like to thank the Institute for Language and Preparatory Studies, and in particular the Director, Dana Hůlková Nývltová, not only for representing the University at this conference, but also for all the work she did in the past months after 24th February, when the institute took care of hundreds of students from Ukraine. The effective method of language teaching enabled Ukrainian students to pass the entrance exams after completing the Czech language courses and start studying at our University," said the Rector and wished the participants many interesting lectures and fruitful discussions during the last day of the conference.


"In the past, we were used to understanding the world war as something very distant, distant from a geographical point of view, distant from a temporal point of view," Václav Velčovský, Deputy Director of the section for international relations, the EU, and ESIF at the Ministry of Education, Youth and Sports of the Czech Republic, followed up on the Rector’s words.


As he emphasized, the Czech Republic has accepted more than 400,000 refugees from Ukraine so far, but more important than the total number, according to the Deputy, is their social structure. The total number of refugees includes nearly 70,000 pupils who are or should be enrolled in compulsory schooling. That is, only 30,000 less than the number of Czechs who enter the education system each year. 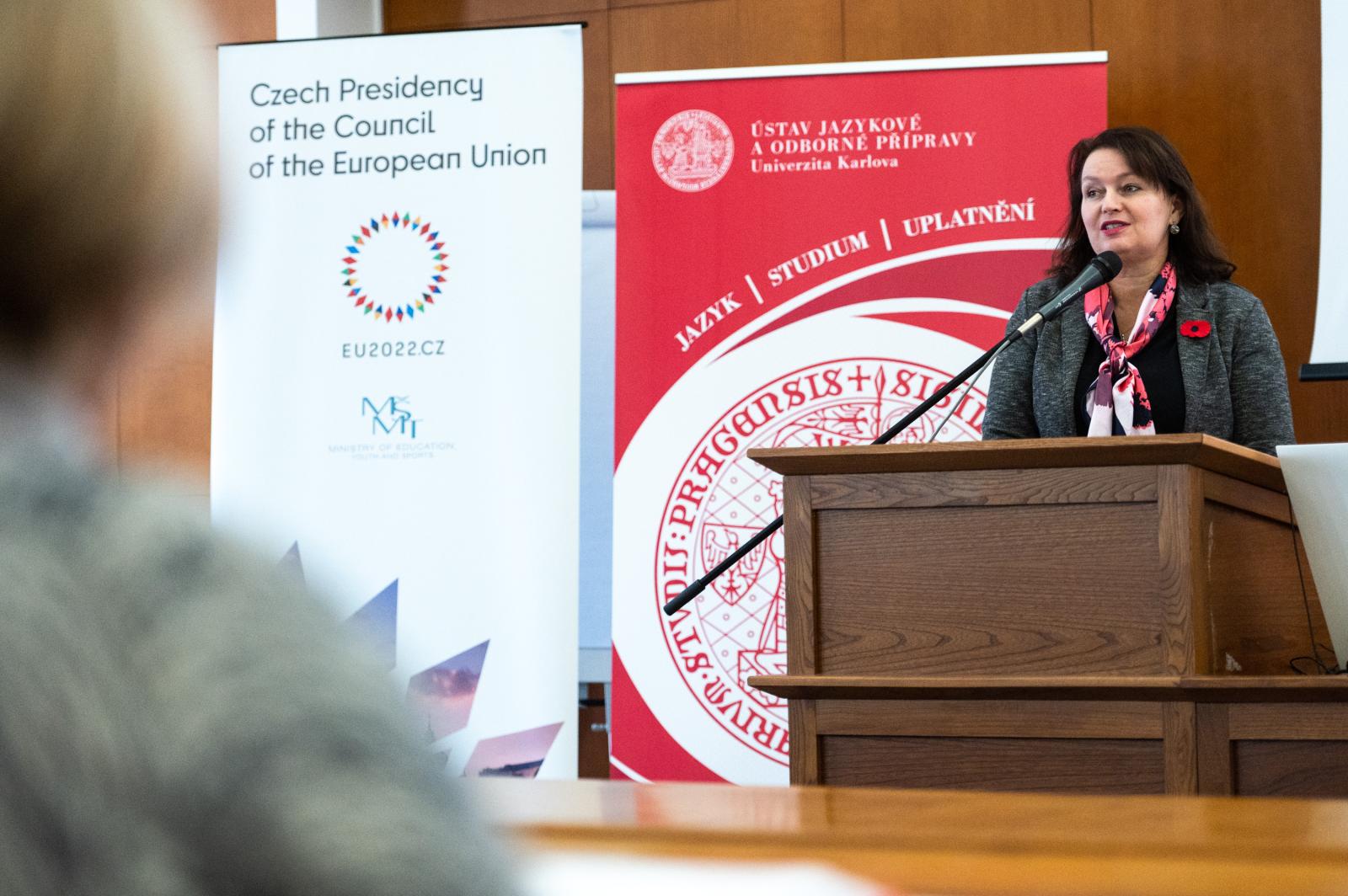 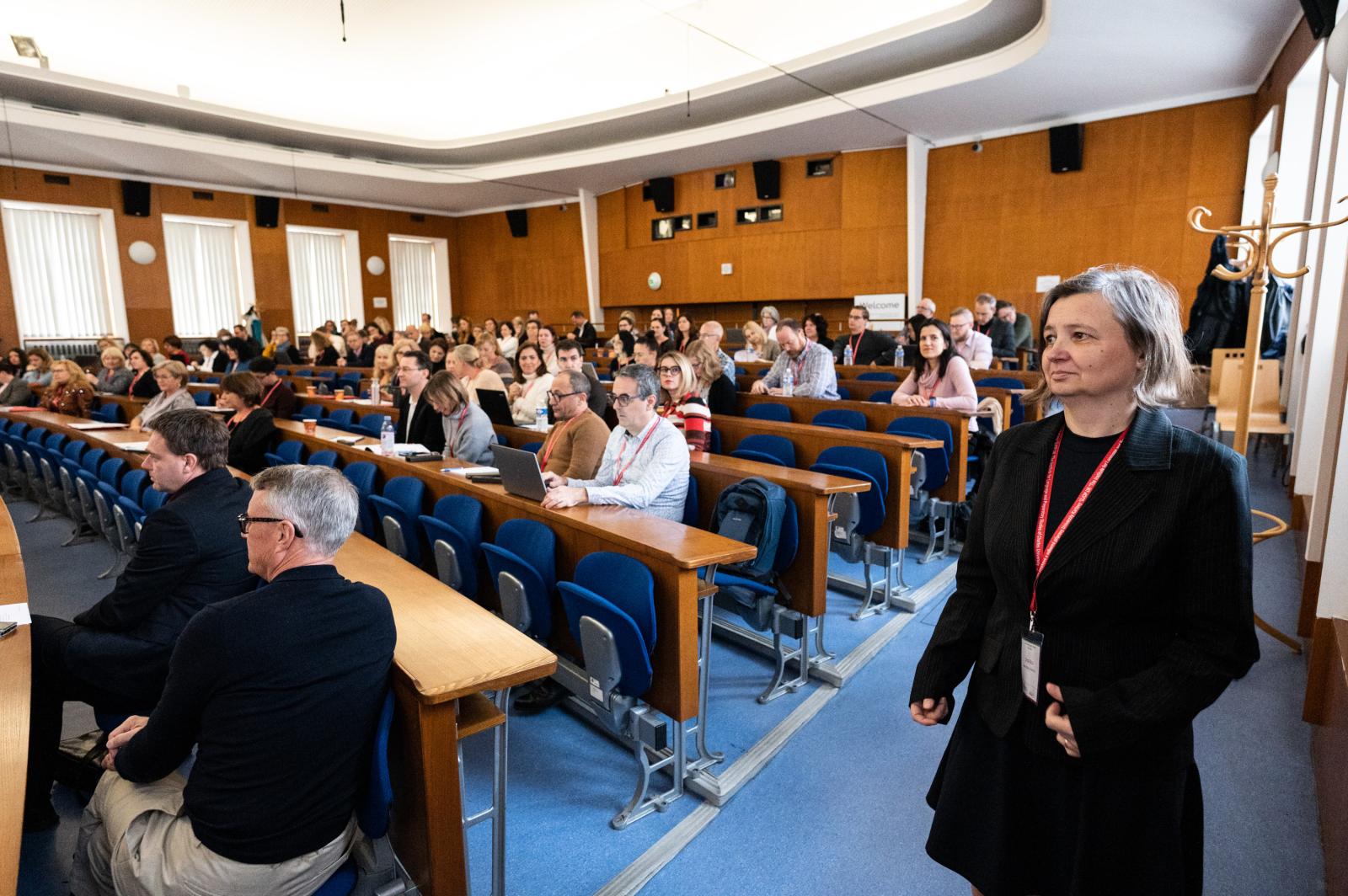 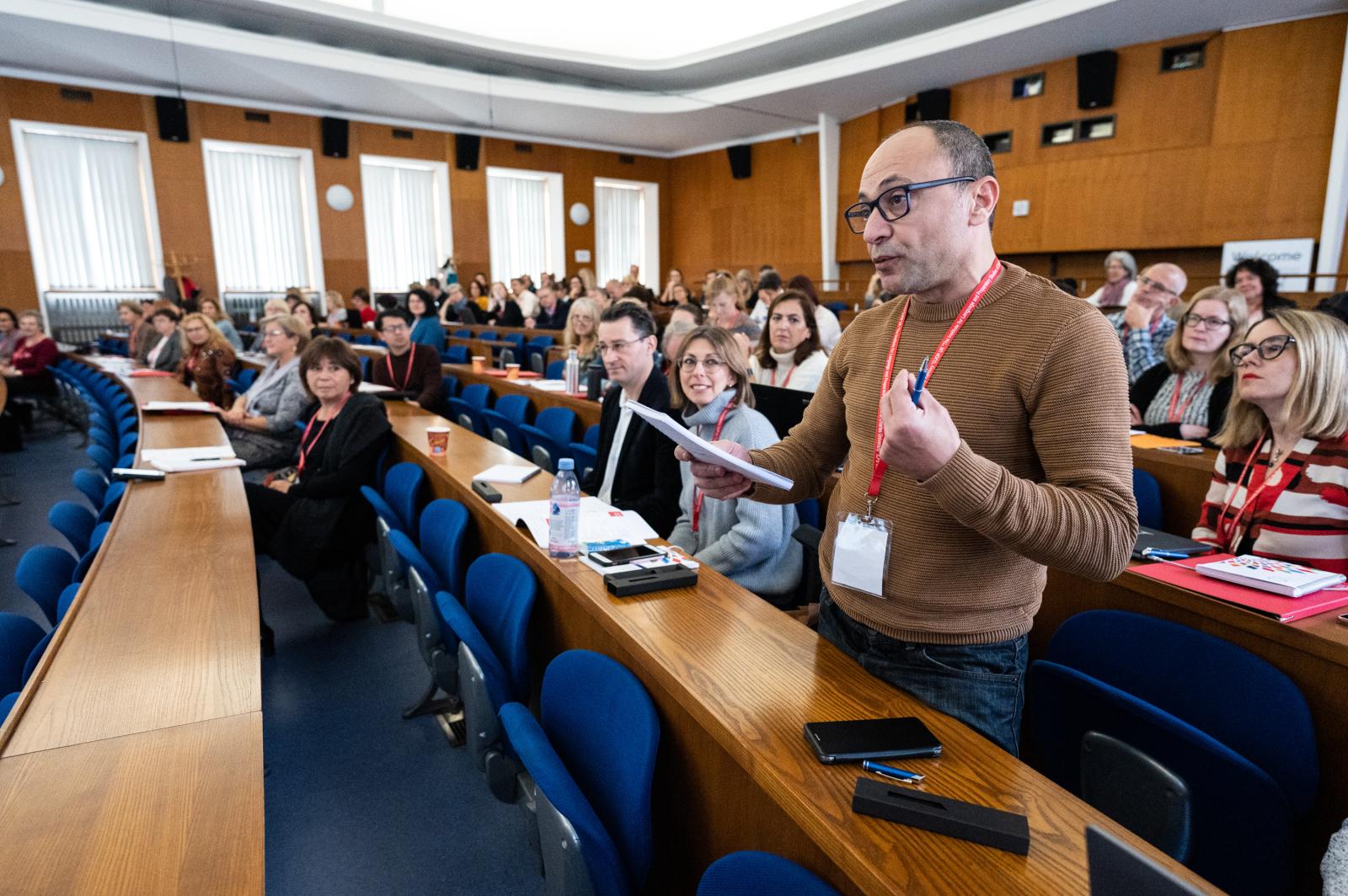 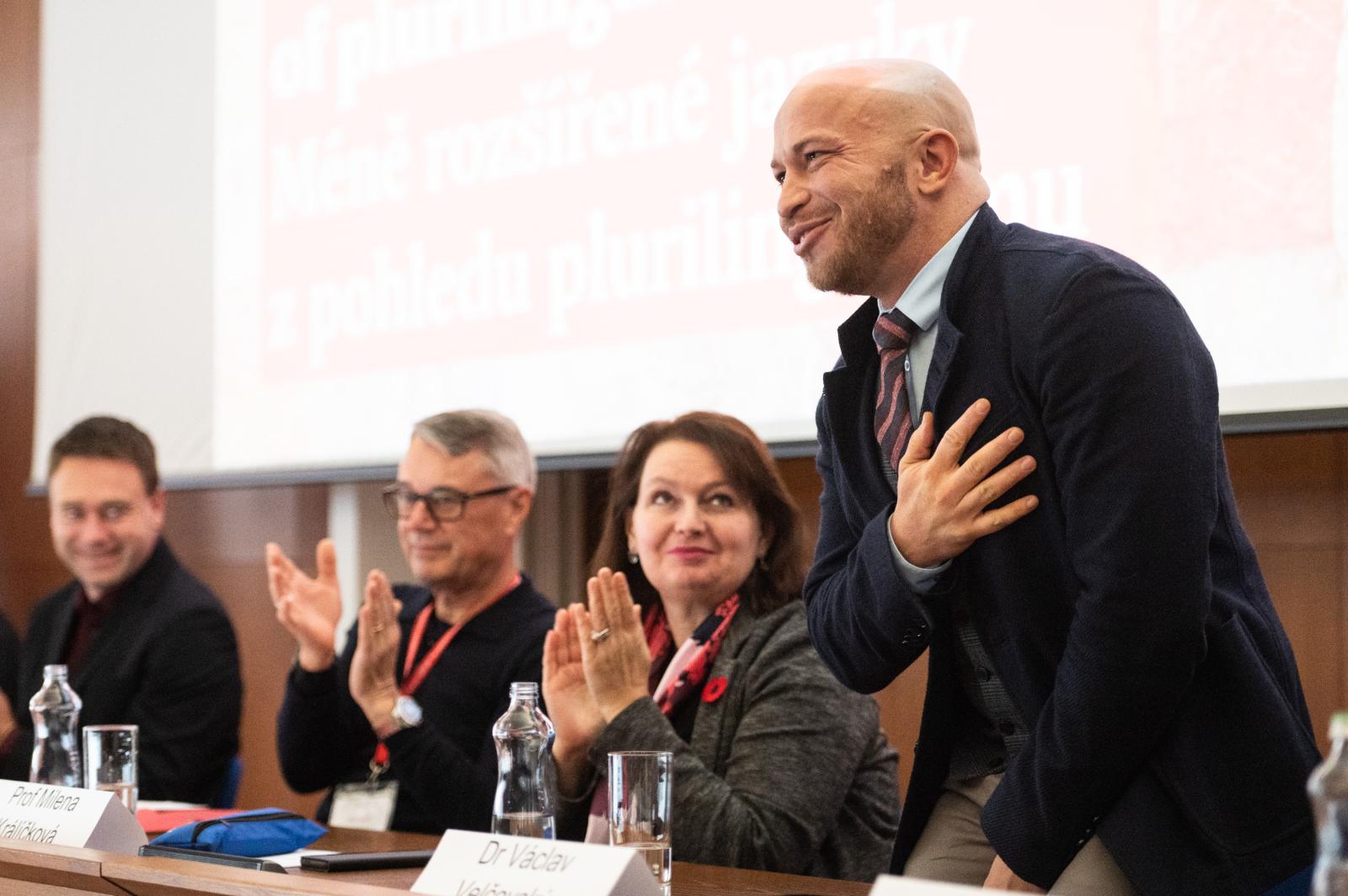 "Of course, the acquisition of Czech was the main priority and it became clear how underrated the study of Czech as a foreign language was in the Czech Republic and how great the demands are on this profession today," said Velčovský. With the use of the European and international budget, according to the Deputy, it was possible to use the summer period for language acquisition and integration into schools is taking place without major problems. "Let me take this opportunity to thank Charles University for its significant role in integrating refugees, providing accommodation and psychological support," highlighted Velčovský and said: "Together we will show that the greatest added value of European society is mutual understanding." 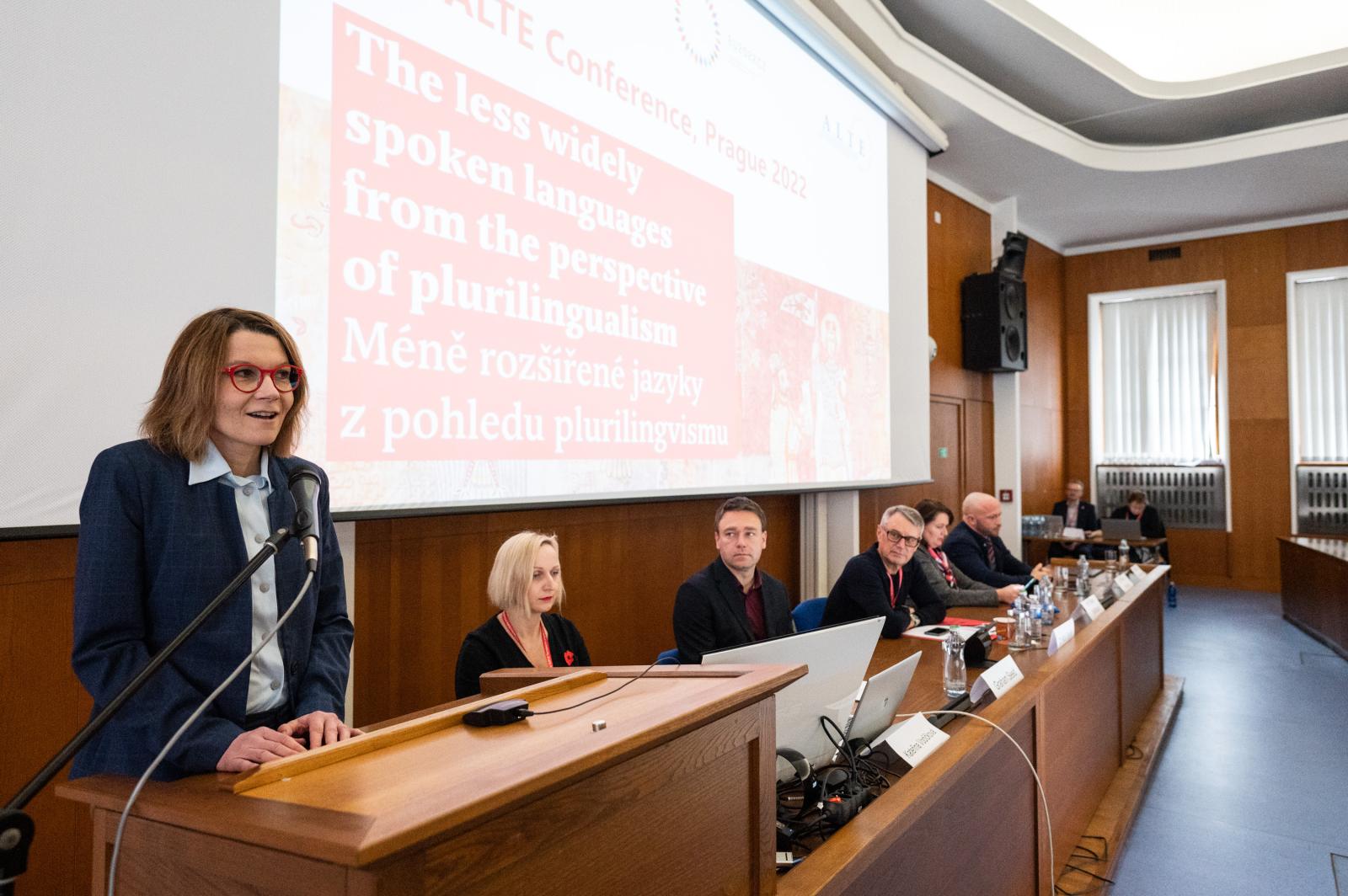 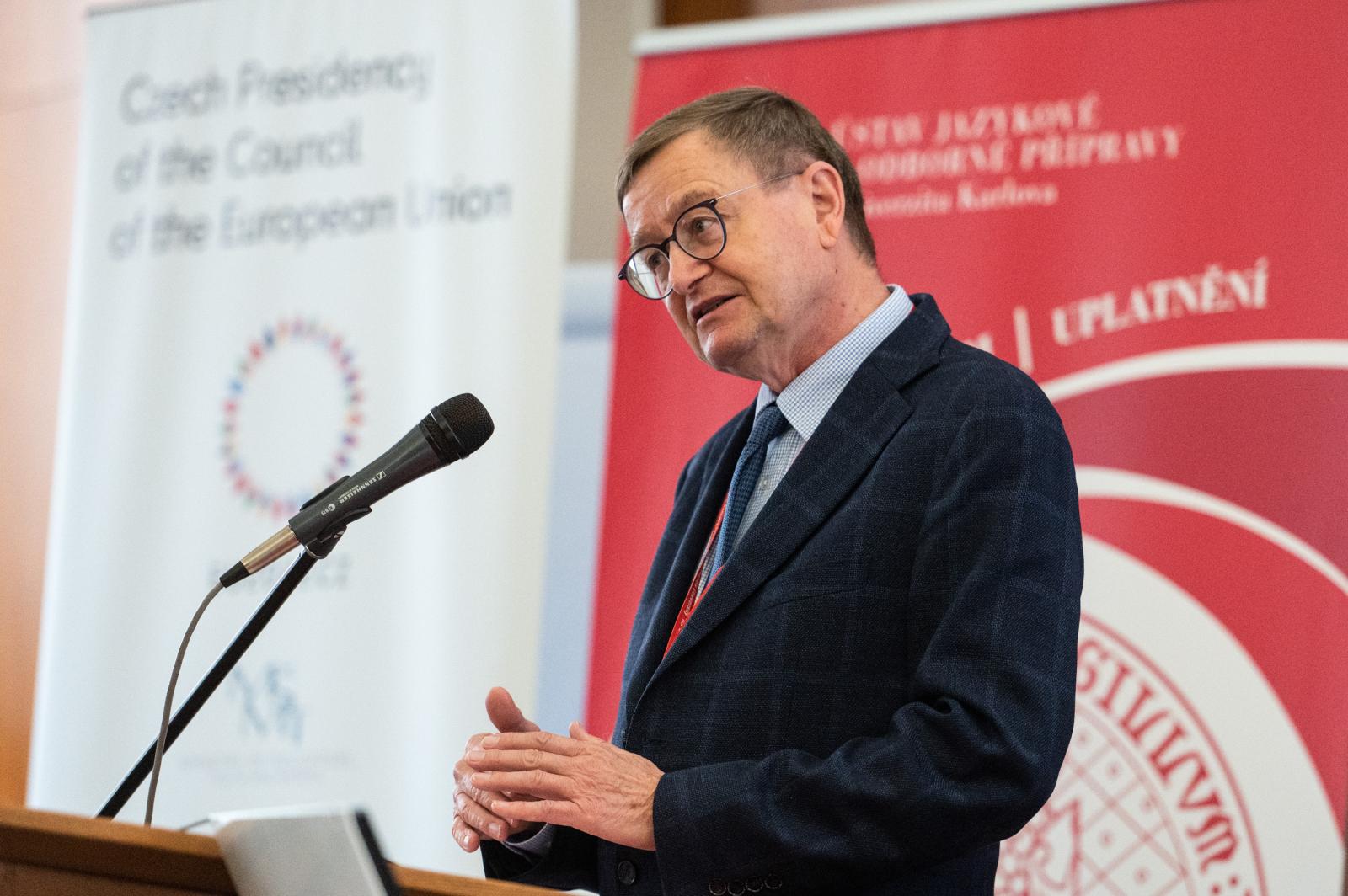 "Before we can teach language knowledge, before we can test it, we need to agree on what we mean by it, we need to define a certain construct, theory, or model of what language knowledge can bring us," said Waldemar Martyniuk, former Director of the European Centre for Modern Languages, in the introduction of the main lecture. But as he admitted, he himself has been searching for answers to these basic questions for more than 60 years.


This topic (in the light of multilingualism) was also the subject of a round table discussion attended by ALTE Secretary General Nick Saville, Goethe Institut representative Stefanie Dengler, Vincent Folny from France Éducation National, Eva Lehečková from Charles University, and Anne Gallagher from the Centre for Irish Language. 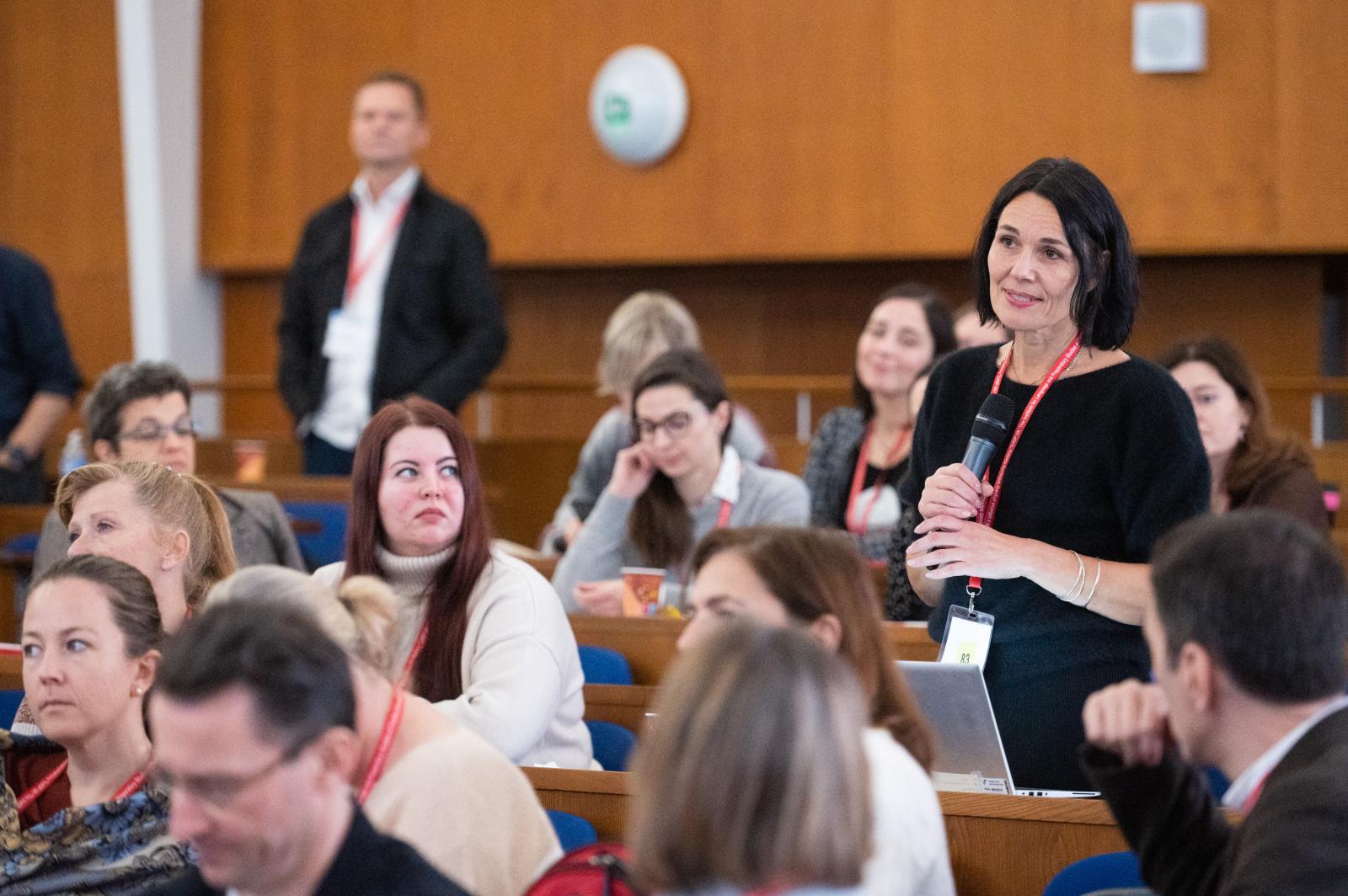 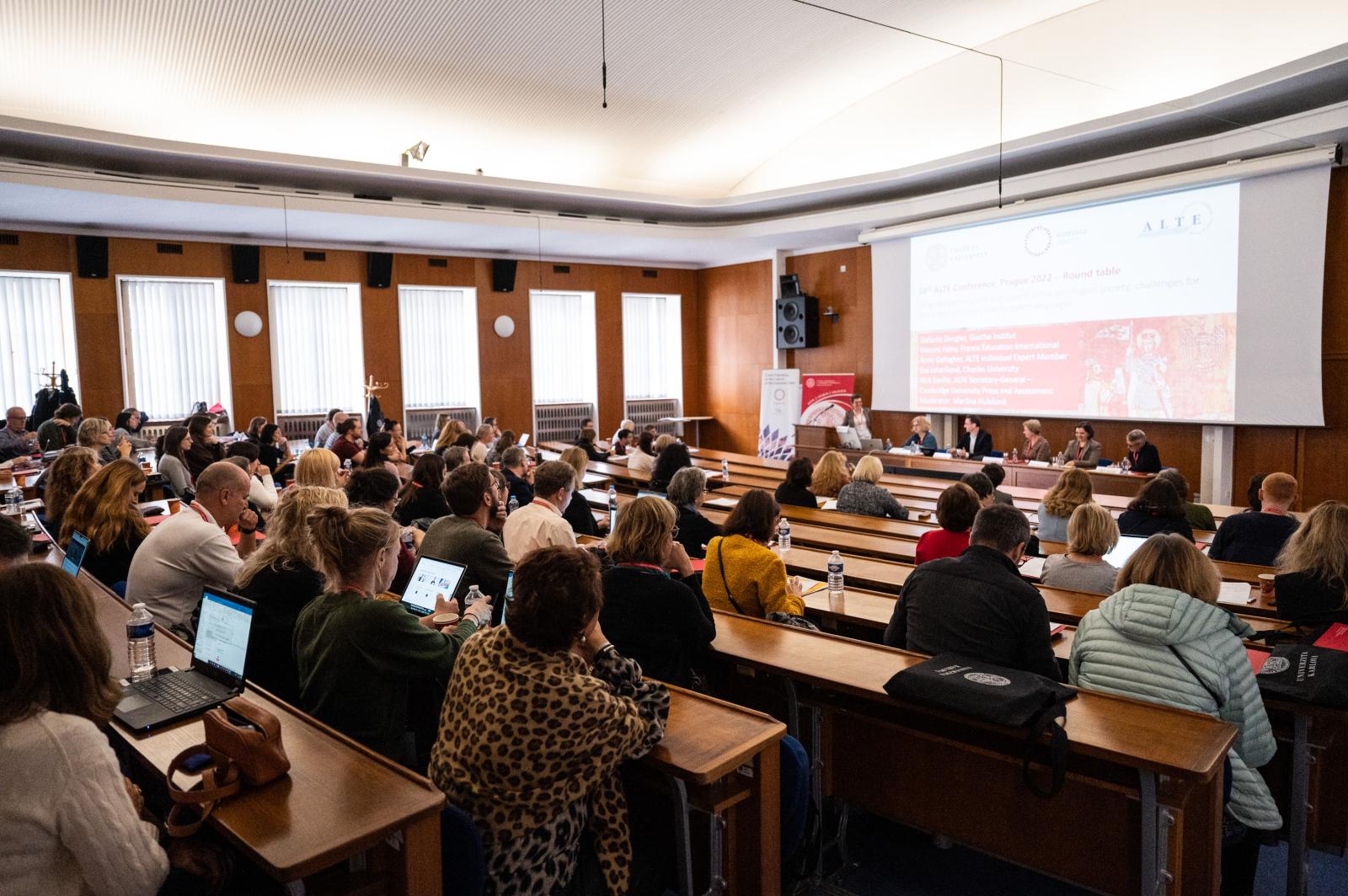 The highlight of the afternoon was the presentation of a case study by Martina Hulešová from ILPS CU. She showed how the creators of the Certified Czech Examination for Foreigners (CCE), where there are significantly fewer candidates but must meet the same standards, cope with the demands for European-level quality of exams with a large number of candidates. 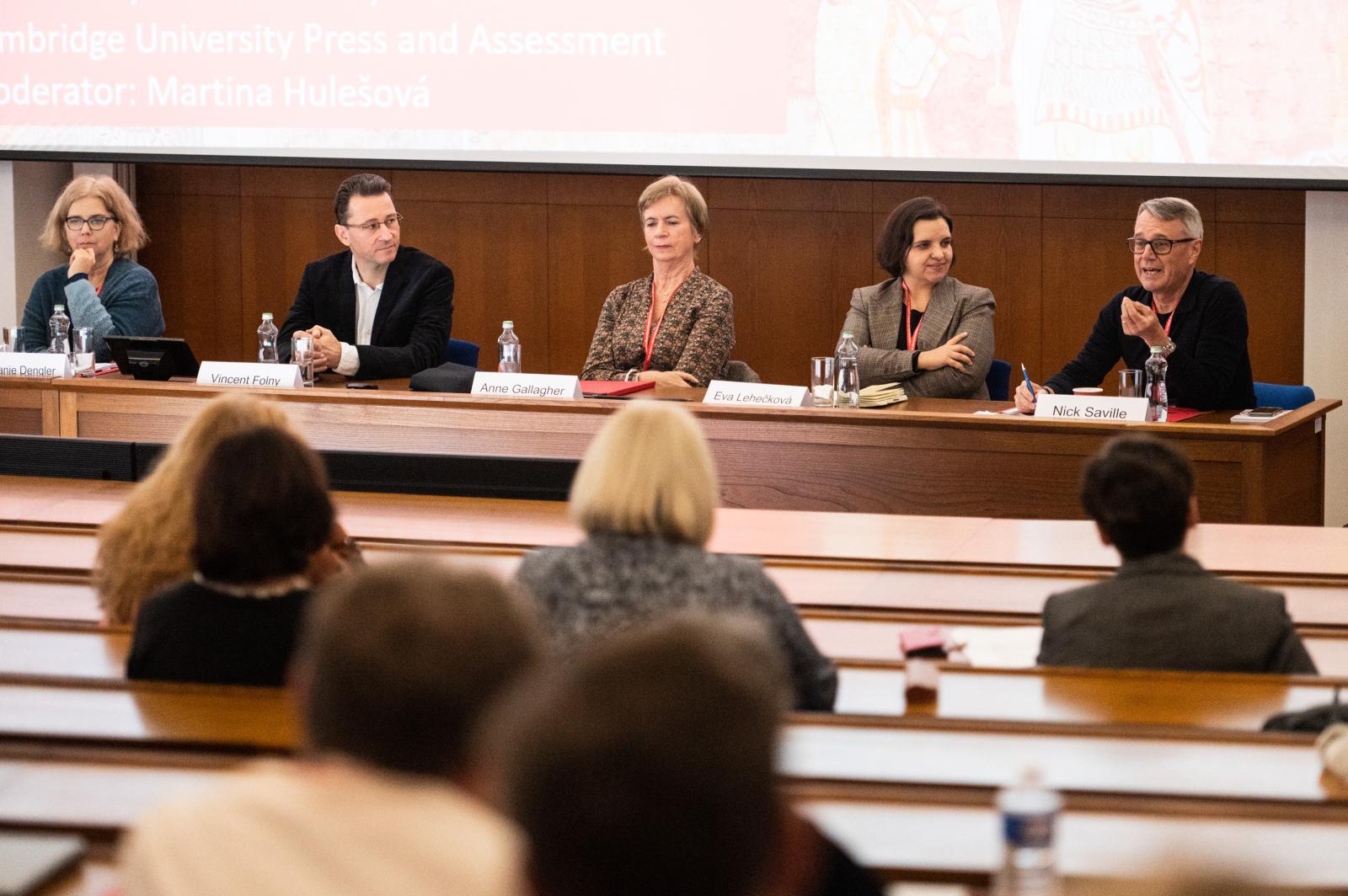 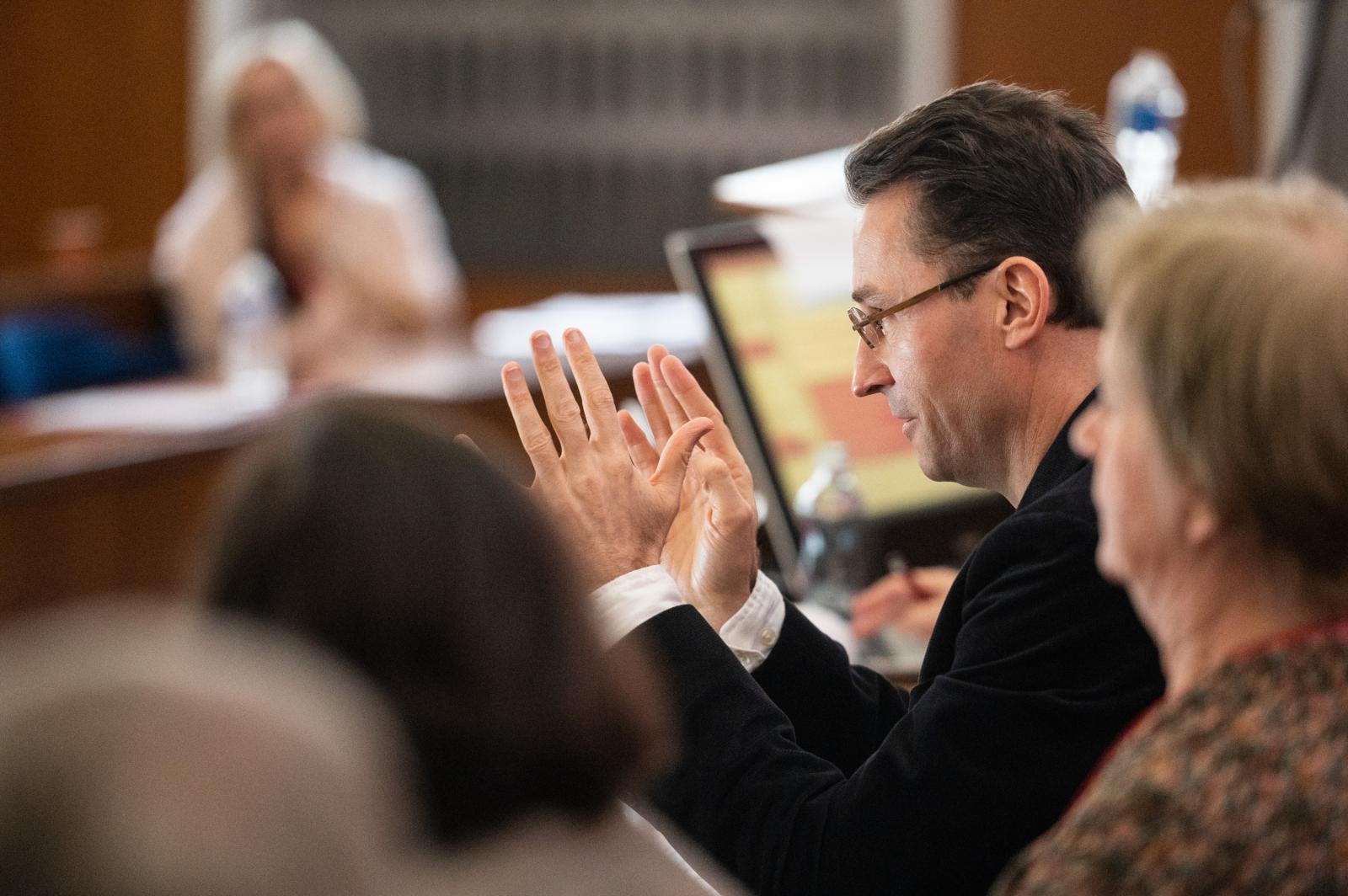 The conference was closed by a series of workshops, during which the participants broadened their horizons, for example in the areas of statistical analysis, or the support of multilingualism through the method of CLIL (Content and Language Integrated Learning).


The Association of Language Testers in Europe (ALTE) operates not only in Europe, but extends to the wider world. The Association was established 30 years ago by the initiative of Cambridge University of and the University of Salamanca, together with a number of other organizations dealing with language testing in Europe. It is legally registered in Great Britain and has 33 full members representing 26 European languages and over 100 associate members.