In thick fog, in the middle of the castle garden in Poděbrady, dozens of students passionately strive to win the competition for the best carved pumpkin. The rules seem to be simple – create the scariest pumpkin within the time limit. 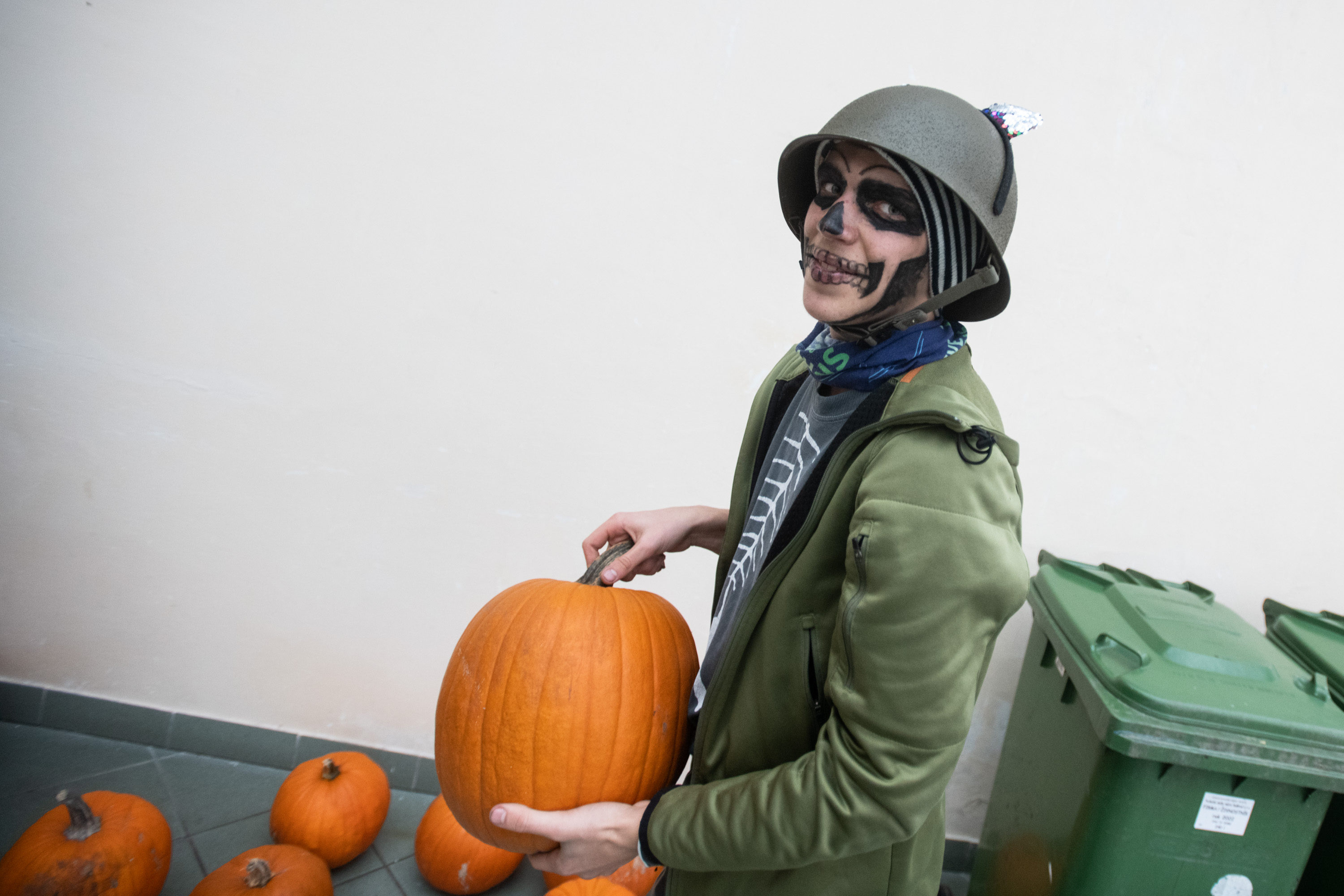 The first difficulty begins with the selection of pumpkins; there are thirty of them in a row, each of a different size and shape. At first glance, it is clear which students have prepared beforehand. They look at them, examine them and then unerringly reach for the appropriate shape for the intended project. Those who hesitate or come late have no choice but to come up with a project based on the shape of the pumpkins which are left. Each study group gets one table, two pumpkins, two knives, and one hour of creative teamwork. The students pull out their mobile phones, where they have saved the preselected patterns, and try to redraw the teeth and scars on the orange surface. Another complication comes – markers slide on the surface of the pumpkin, pens are difficult to erase and creativity needs to be used to solve unexpected situations. However, it is clear that the collaboration works perfectly within the class and if the students don't know what to do, they quickly look for help on YouTube. 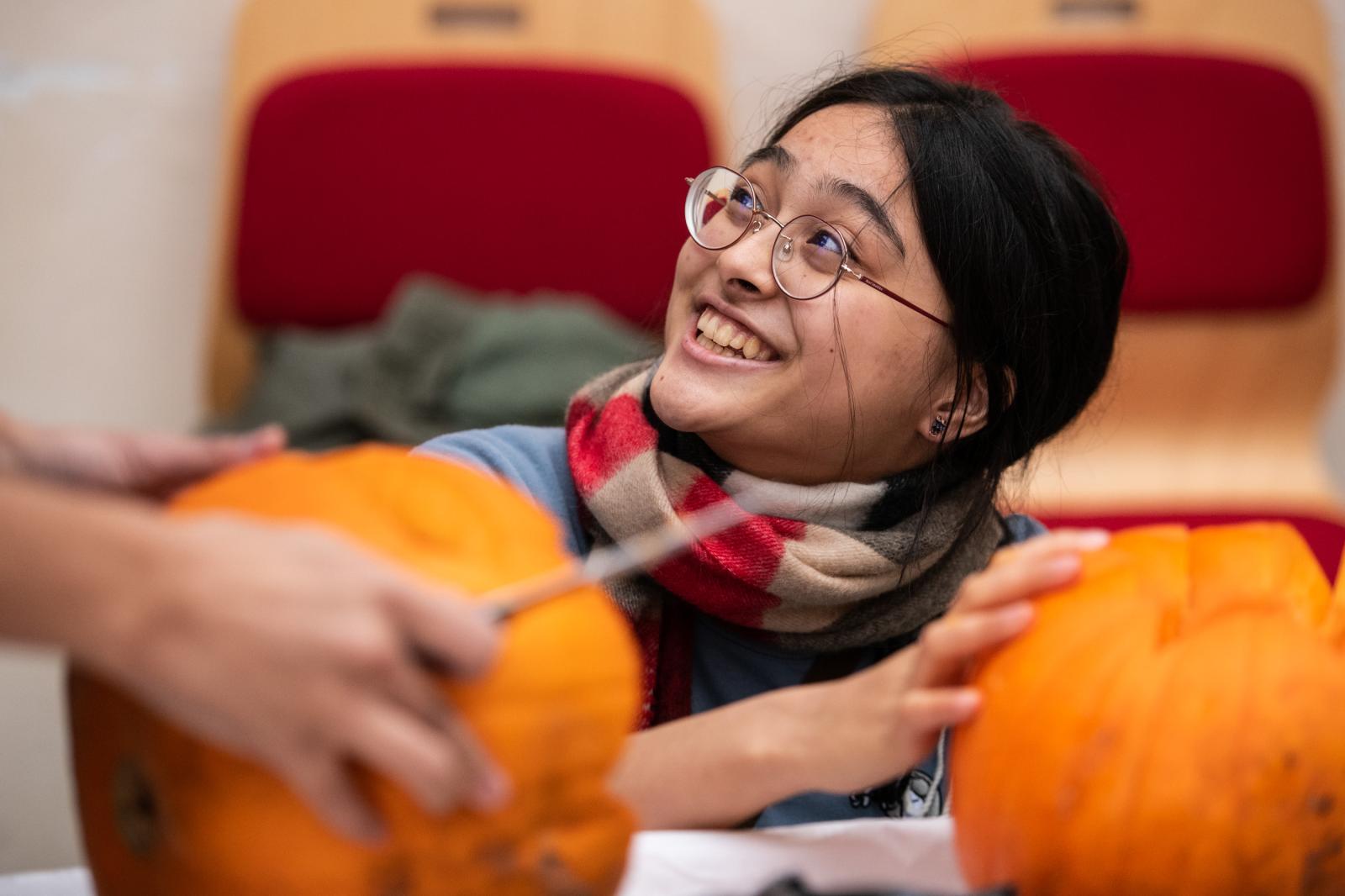 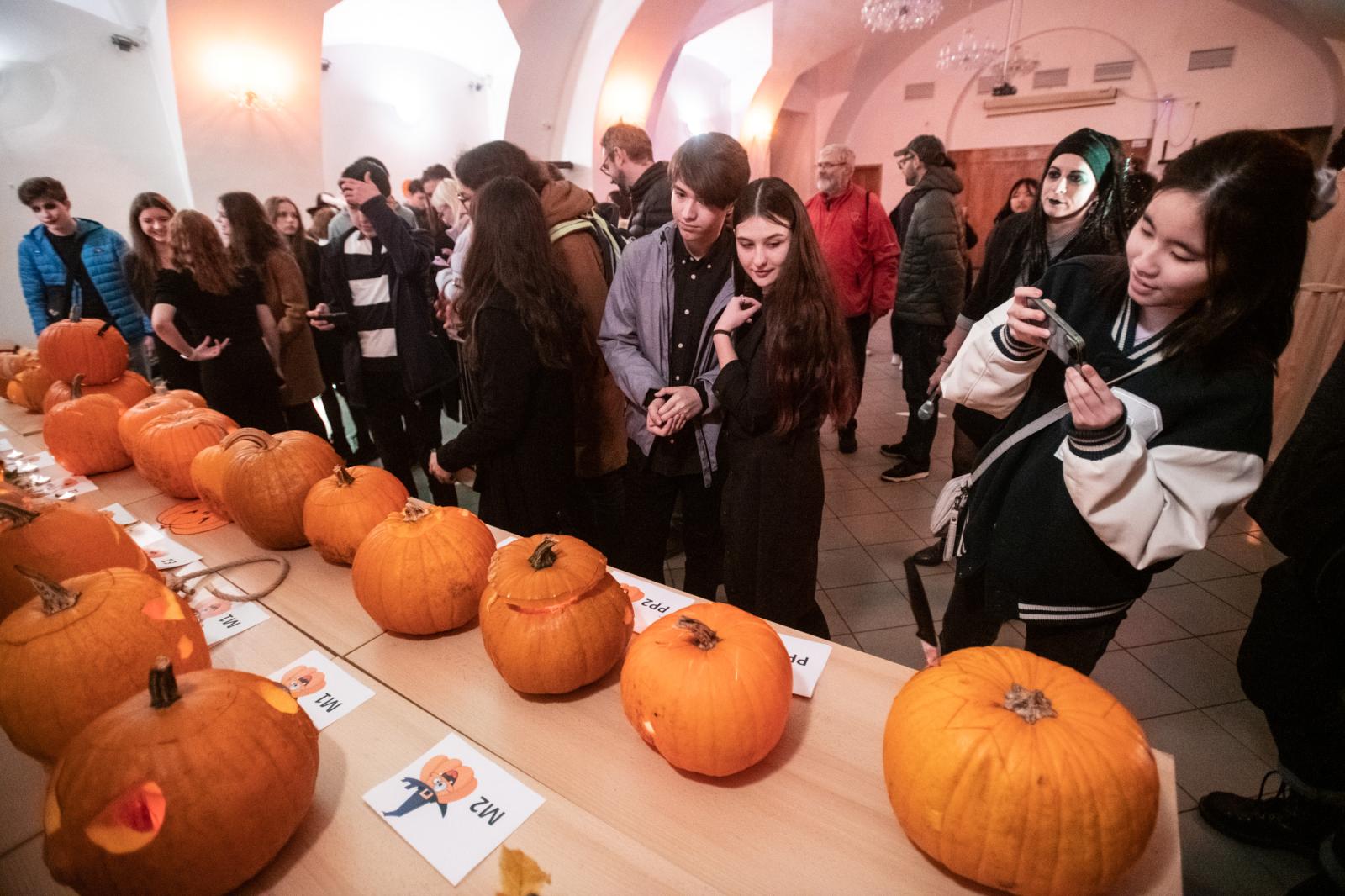 It would seem that the group of future medics will advance the fastest, but surprisingly, economists are winning in preparation. They fearlessly overcome obstacles and plunge the blade of the knife into the orange mass. When all the groups manage to remove the top part of the pumpkin, the work continues faster.


A special selection of Halloween hits blares from the hall's windows into the chilly early evening, and light costumes gradually disappear under increasing layers of warm clothing. Only an intrepid angel with devilish wings and a halo remains, but even he has steam coming from his mouth when he speaks.


At the stage of scooping out the flesh, approaches start to differ; Japanese students use plastic bags to remove the fibery flesh and seeds so they don't have to reach into the pumpkin with their bare hands, at other tables students try to use spoons, but in the end they all end up with removing the inside with their hands. Then they continue to carve out the details together, taking turns during the “surgical procedures”. The pace of the competition is regularly interrupted by a quick photo documentation of the carving process or a group selfie with a pumpkin.


Half an hour before the limit expires, the first six pumpkins are grinning on the competition table. As time goes on, more and more students have come in the hall, swaying to the rhythm of the songs and subtly evaluating the creations of their competitors from other study groups. The entertainment is interrupted by a voice announcing the end of the competition, and the last contestants hastily place their pumpkins next to the sign with the name of their study group. The tension rises; teachers walk around the table and evaluate the pumpkins. They admire the creativeness, criticize the placement of a cigarette in an almost toothless mouth of a pumpkin, ponder whether the use of a candle in a glass with a cobweb was a deliberate intention. The students watch them at first, but then their attention shifts to the adjacent tables, where the management of the centre has prepared for them some homemade cakes and other treats. 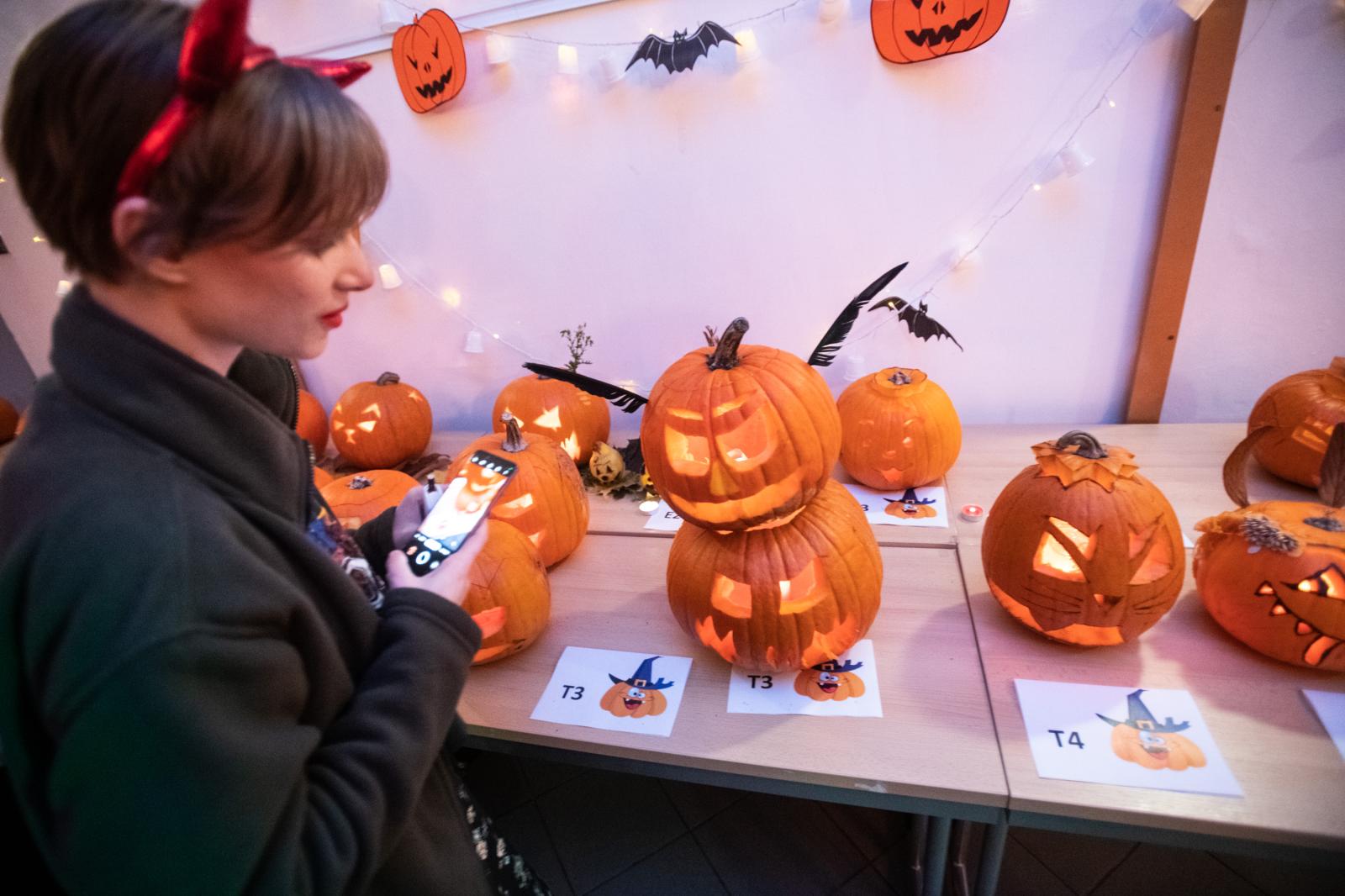 Centre manager Martin Melcer takes a microphone and announces the results. The winner of this year's event is the economic study group E2, followed by technicians from group T3. The teachers award bronze to all the remaining study groups, so everyone gets a sweet reward.


Carbohydrates after a challenging competition do everyone good. The competition for the best Halloween costume follows, first evaluated by students with applause, and then there is also an evaluation by teachers. Preferences vary and there are a total of six costumes rewarded.